“How Agile can also help to reduce flexibility: a life case” 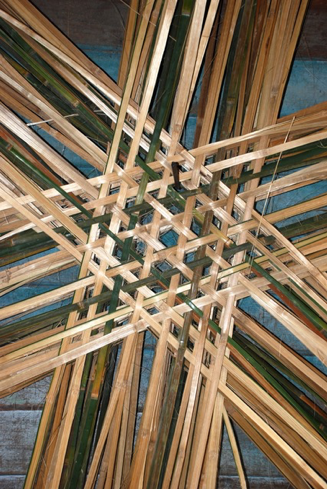 “How Agile can also help to reduce flexibility: a life case”

Agile, as the word itself already implies, is all about creating flexibility to weather the ever faster changing inner and outer world of a team, a department or an organization. However, I recently saw in practice how a team and especially their individual members can become stuck in their growth because they are too flexible. In this blog I try to describe how the introduction of Agile rituals and artifacts helped to create structure and stability in a start-up team.

Recently I talked to a good friend who had just started in a very dynamic and international start-up. Within days she noticed that there was actually no real structure in their daily activities as everybody had their own ideas about what had to be done and as a result nothing got finished. Listening to her story I recommended to introduce agile. After a presentation to the team I got hired.

The first days I tried to listen as much as possible to the voices of the system. Soon I recognized the observations that my friend had shared. As an example, I heard the key topic being discussed 3 times and it turned out that this had bene the case for over 6 months. So far, no conclusion was drawn, and no decision taken, while this was a crucial topic for the team’s direction. The good news was that the team was well diverse, had a really clear and commonly shared purpose and target end state and was quite well aware about their stakeholder universe.

By introducing Agile rituals, including stand-ups and planning, review and retro sessions and artifacts, like a backlog and a board, the team was ‘forced’ to decide on the core activities required to get to their common goal and to prioritize them. This revealed some difference of opinion on the end state, which had to be solved first. By checking at every event whether the priorities were still right and whether the backlog contained the most important tasks the team was able to create clarity and alignment. People started to speak up in cases that seniors tried to intervene in the team planning (so called ‘side-steering’) and acknowledged when impediments arose. It also gave space to the people to take ownership. As an example, three team members decided to write a proposal on how to solve the discussion on a topic that had been lingered on for more than 6 months (see above). In 3 days, they wrote a short proposal (MVP), held a demo to the rest of the team, addressed the topics that came out of the demo and got it signed off by all involved.

The beautiful thing in this process is that the people experienced the changes that Agile brought them as very positive. This helped to introduce more disciplined and brought them structure. Currently, the team is in the transition from Doing Agile towards Being Agile and we have agreed that I will helped them to get there themselves as soon as feasible.

Where normally Agile is introduced to amongst others create more flexibility in a team, this time it helped to reduce the (non-focused) flexibility and bring structure and stability. This serves as a basis to become Agile going forward.

If you are interested in introducing Agile in your team, department or organization or are facing an important issue to improve the performance and well-being of your unit please contact me at info@dare2change.eu to arrange a free-of-charge clarity call.

“Agile transformations: be aware of the human needs!”